they had to postpone their wedding 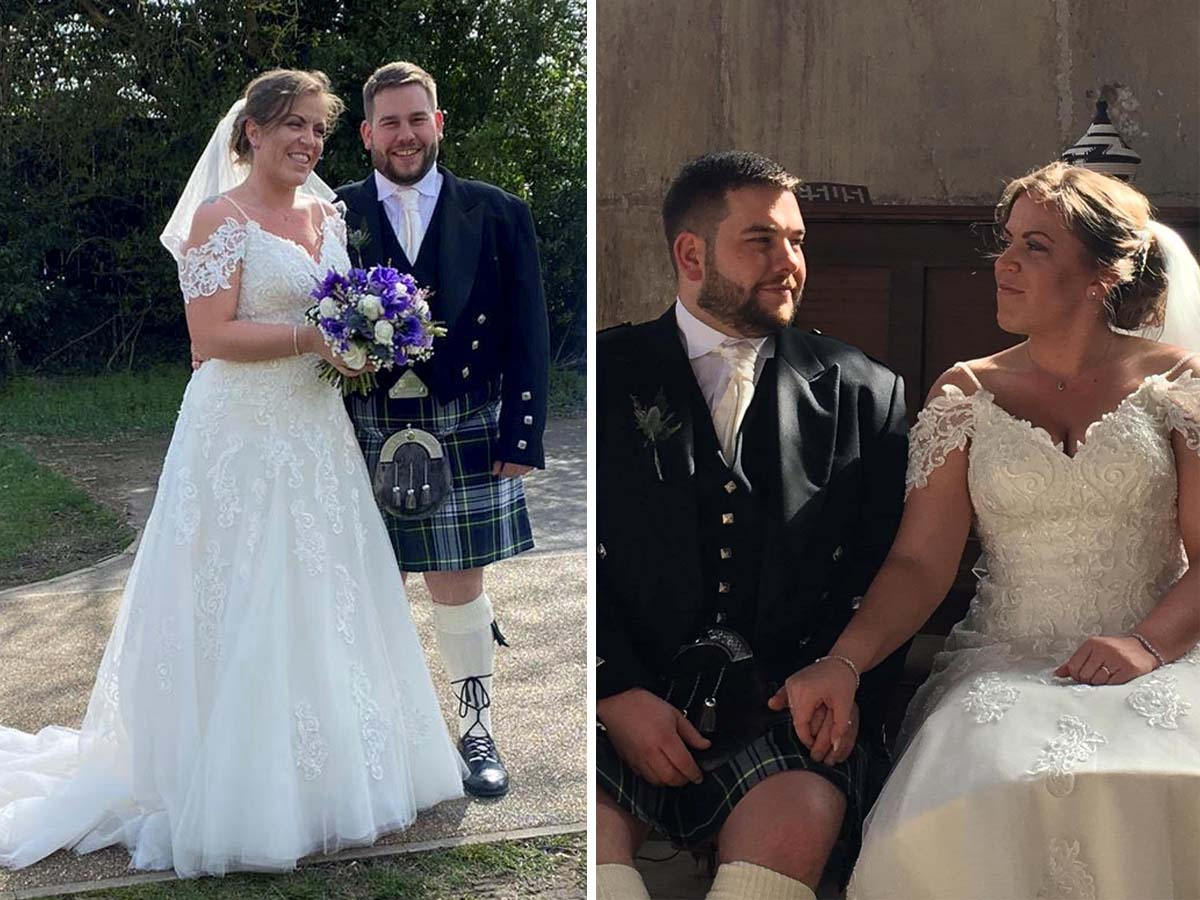 SWNSFiona and Adam Gordon donated the food intended for their wedding to charity after they had to postpone.

Fiona and Adam Gordon’s wedding was nearly 10 years in the making.

This is a modal window.

The couple planned to get married on March 21, 2020, with a big celebration 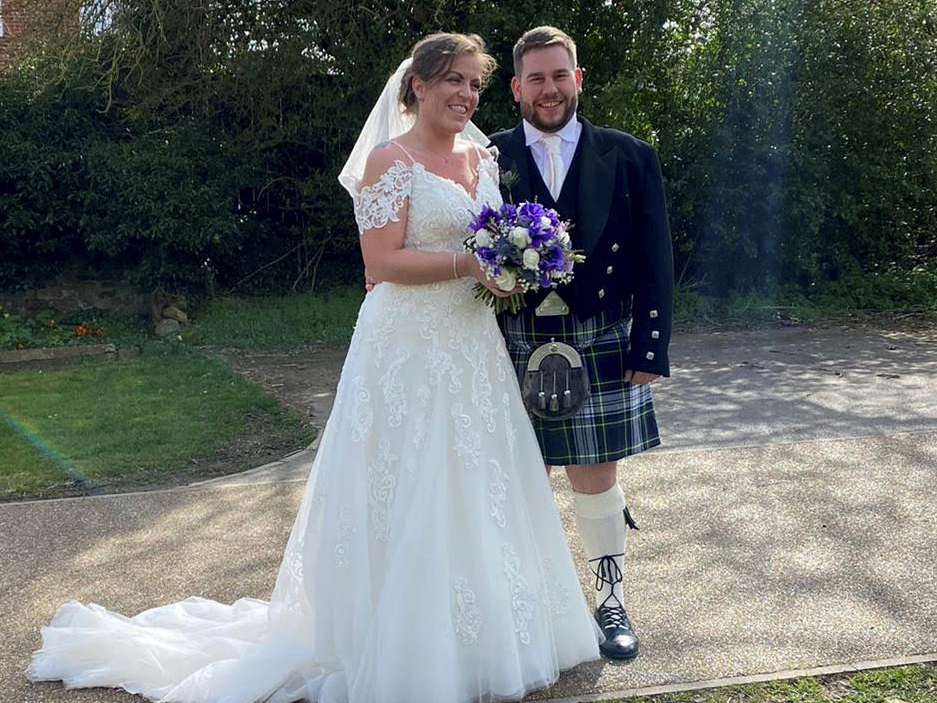 The Gordons invited 180 people to celebrate their marriage.

But as the wedding date approached, guests began to tell them they wouldn’t be able to attend as a result of the coronavirus.

Two days before the wedding, the Gordons decided it was best to postpone their wedding celebration to 2021. However, they decided to still get married on March 21 in a small ceremony.

“The date’s really special to me,” Fiona told Insider. “It’s my mum’s birthday, and she actually passed away six years ago.”

So the couple officially tied the knot on their planned wedding date, with only Adam’s mother and Fiona’s brother in the church with them when they said their vows.

The date of their wedding was quickly approaching when the couple decided to postpone, so much of the food had already been prepared by their caterer, Galloping Gourmet.

Tony Norris of Galloping Gourmet has connections to the veteran’s charity Hull4Heroes, and he asked the Gordons if they would be willing to donate the food that had been prepared for their wedding, as it would go to waste otherwise.

“We kind of said, ‘Well yeah, why not?’” Adam said of their reaction when Norris asked them to donate the food. “It might as well go to a good cause as opposed to going to waste or going in the freezer or something.” Hull4Heroes and Galloping Gourmet served the food together, and even the head of one of the hospitals came out to thank them.

“It was a nice feeling to do something good,” Adam said, with the Gordons getting attention online for their action after Hull4Heroes posted about the donation on its Facebook page.

But Adam also told Insider it was a bit “strange” to get so much praise. “We didn’t really do anything besides saying yes,” he said, adding that Galloping Gourmet and Hull4Heroes really deserved the praise.

“We’ll kind of get the best of both worlds now,” Fiona said of their wedding celebrations. “We had a quiet, intimate wedding, and then next year, when we redo it all the way it should have been done, we can have a big party.”

And to thank them for their donation, Hull4Heroes offered to serve as waitstaff for the Gordons’ wedding celebration next year.

“They have kind of said we’ll be there and don’t worry about it,” Adam said. “So that was really cool.” 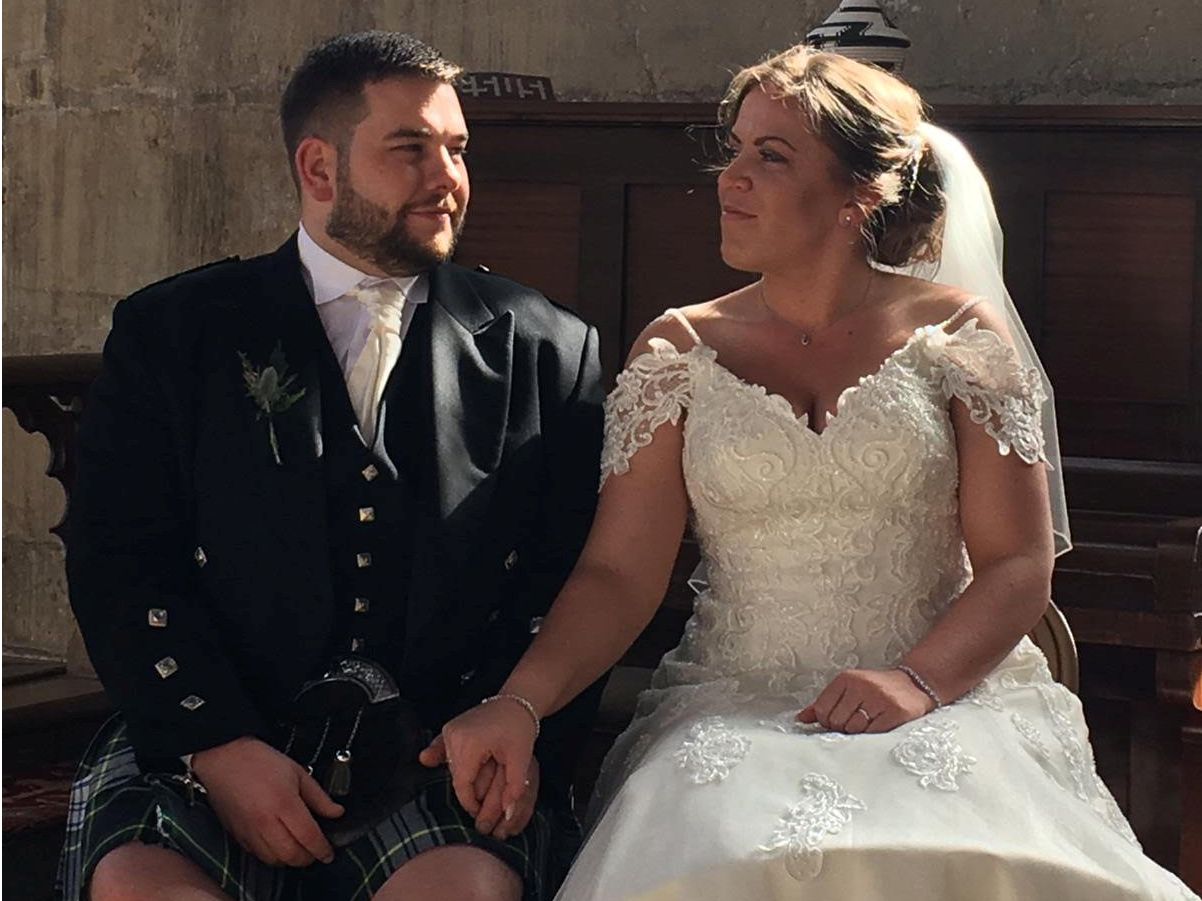 SWNSHull4Heroes offered to serve as waitstaff for the Gordons’ wedding celebration next year.

Adam shared some words of advice for other couples struggling with postponing their wedding right now: “Just go with it.”

“There’s not much you can do about it, so there’s no point in stressing over it,” Fiona echoed. “When it happens, it will happen.”

The Gordons are usually in sync. “We just get each other,” Fiona said of her relationship. “There’s no stress about it. It’s just right.”

TAGS: A couple fed over 400 frontline workersafter they had to postpone their wedding
Original Source